Bringing more creativity and ideas to work with Rosebud Magazine. 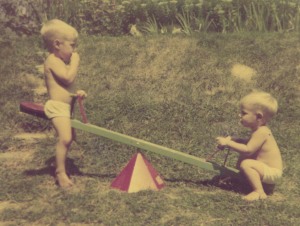 What happens when you bring more creativity to the workplace? We’re in the process of finding out. We believe the answer is: very good things.

We’ve begun having discussions with folks whose careers are all about creativity, trying to learn from them how we can bring more creativity and ideas into our jobs as advertisers and communicators.

On Wednesday we met with Rod Clark, the editor and publisher of Rosebud Magazine. Rod’s job is to sift through piles of fiction submissions to create a thrice-annual offering of short stories and poetry from little known authors to Norman Mailer, John Updike, and Ray Bradbury. Rosebud is one of the top fiction magazines in the country.

Here are some of Rod’s thoughts on creativity and ideas.

Seesaws are creatively powerful. There is power in opposites and contrasts. Contrast is energy.

Shut up and listen to the product. Rod doesn’t choose stories that appeal to him, but appeal to the magazine. After 16 years of Rosebud, the magazine knows what it wants and needs. So get out of your own way, and make choices based on what’s right for the product.

A great idea is: bigger than you; smarter than you; has fact and feeling; it glows; it shows that maybe you haven’t invented something, but you’ve discovered something.

A couple of extra dandy quotes:

“By the time you figure out what people want, they want something else.”

“Young people often want to be writers more than they want to write.”

Thanks Rod, for a great discussion. And stay tuned for more creativity at work.

A new partnership, a new chapter, and a new era begins.

Today is the day business historians will note that an amazing partnership was born, as Jennifer Savino becomes a co-owner in Knupp & Watson & Wallman.

I’ve viewed Jen as my business partner since the day I bought the company two years ago. She’s been our Vice President, and has been a part of every business decsision that we’ve made. But formally, today she becomes an owner.

Jen and I have worked together for five years. I’ve always admired her incredible thinking, and have been relieved that it comes with great humility and humor. Our differing strengths greatly compliment each other, yet our values are the same: we work hard to nurture authentic relationships, endless self-improvement, positivity and doing what’s right.

I’m ridiculously proud of her. She’s a single mom, with two little boys who puts in a big week every week. To do so with a career in advertising is extra challenging, to say the least. 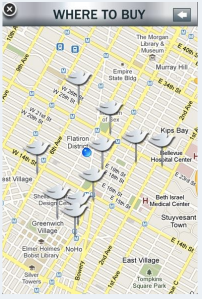 Check out this breakdown of a new iAd for Dove on the iPhone. It’s a great step-by-step look of how this platform can work.

The creative possibilities are clear. The immersion is fantastic. And we’ve heard already of it being a profitable platform for developers.

Apple just unleashed a whole new ad experience. And once again, a new Apple foray could pay huge dividends for the company that’s still puny in computer market share, but growing like a beast by owning critical touchpoints that surround computers.