This Motion Plus Design video is dazzling, and supports a cool new idea.

Wow. This video from Motion Plus Design is a jaw dropper for motion design freaks, with some great history, beautiful examples, and a video bibliography that’ll blow you away. Their Facebook presence is really exciting, with lots of folks chipping in coooooool coolness. Here’s hoping their new initiative to bring more motion design awareness to the world takes off.

Found via Maria Popova at Brainpickings, a really great blog that you should frequently read.

George Him was a designer whose work spanned over 50 years from Russia, Poland, Germany, and England to Israel. He partnered with January Lewitt, and teamed up in London, making posters for the war effort. In later years, George pursued advertising, children’s book illustration and animation, and January went down the fine arts path. Here’s a look at some of Him’s, and Lewitt-Him’ work.

Here is a great site with lots of his work.

When designers today go retro, it seems like Him’s style is part of the canon they are borrowing from. He summed up his passion for pushing art thusly:

I belong, I suppose, to the leading graphic artists of my generation, and my name was internationally known in the days when individuality in graphic design was valued – an attitude by now long forgotten. All that is left for me today – apart from carrying on with my work, – is to preach the old gospel of design based on art, and not on market research, to the growing generations of students. 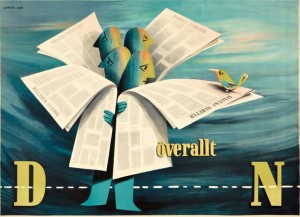 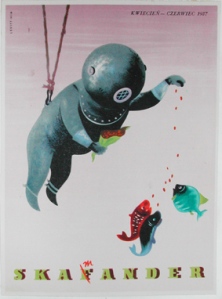 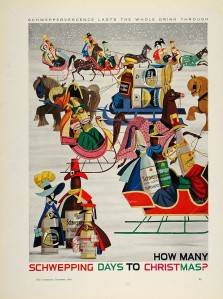 There is a cool website that you should check out called letterheady.com. They post cool, old letterhead examples. It’s a great look at awesome design, and a fading art form. We gotta bring this quality of communication and coolness back. Who’s in?

Lots of the examples showed beautiful artwork. Or tremendous simplicity, like the only word that appears on Elvis’ letterhead: Elvis.

But Frank Lloyd Wright’s letterhead was the real knockout.

I got bitten by the Wright bug a few years back, when writing some advertising materials for Taliesin, his studio in Spring Green, Wisconsin. I learned quite a bit about this remarkable genius, and grew quite an appreciation for his bold, focused ideas on creativity. I even started collecting Luxfer tiles designed by Wright from his days working with Louis Sullivan in Chicago.

Why is it his letterhead genius? Well, it’s letterhead, but it’s not. It’s the anti-letterhead. The page reads horizontally, not vertically. Whoa! It’s margins are crazy. Whoa! The date is on the bottom. Whoa! Some stuff is printed sideways. Whoa! In 1939, tactics like that must have knocked people right out of their knickers.

True to form, he undid letterhead, flipped convention on it’s ass, and made a simple, yet loud statement every time one of his customers or colleagues or creditors opened a piece of communication from him. “I’m different.”

The letter also shows a classic, and somewhat underlooked facet of Wright’s legacy: self-promotion. He was great at plugging him self shamelessly in a way that didn’t really seem shameless. Here, he plugged some kind of good thing for him in London and Paris. (You can buy the original for a mere $4,500.)

Wright really understood a fundamental key to greatness: if you’re going to be great, make sure people know about it.

And he took one of the more commonplace forms of communication in his day, and made it unlike anything anyone had ever seen. Genius.
Postscript – As I finish this post, I saw Stu Levitan’s post on the interactive timeline the Wright-created Guggenheim museum. Check it out. It shows a couple other iterations of Wright’s letterhead.

A wonderful exploration by Renaud Hallee.

Check out these very excellent examples of using infographics to communicate information about music.

The chart on the left shows the progression of pop and rock music in one chart, from Historyshots. The chart on the right is one of many Beatles infographics created by Michael Deal Design.

Check out these Dutch children’s book covers from 1810 to 1950. Beautiful illustration and type. But also, strangely nightmarish. Here’s the motherlode of 650 book covers. Enjoy. Or be terrified.

“Shortly after the turn of the century Berlin became the center of commerce, and the birth place of the art movement called Plakatstil (poster style). The standout artist/ posterist in Berlin at the birth of this movement was Lucian Bernhard. Bernhard in 1906 was the first to move away from the decorative tendencies of Art Nouveau and focused on one product image combined with bold minimal lettering.” (From anneserdesign.com)

This is the best poster site I have ever seen today. 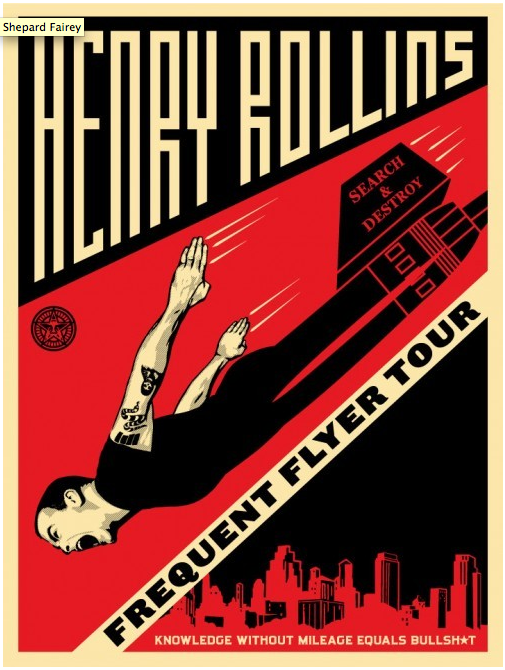 Go to www.omgposters.com. Interviews, links, archive de luxe. Get a big cup of coffee for this one.

Would we be healthier if Piggly Wiggly’s produce aisle was festooned with beautiful fruit crate art?

In business, great design is power. The better something looks, the more appealing it seems, and the more we want it, so the more we’ll buy, and re-buy, and re-re-buy.

If fruit packaging looked like these old fruit crate art labels, I’d be the healthiest guy in four counties, which would certainly make some produce companies more dough.